When Islamic State militants took control of areas of Aleppo province in August it was rumoured that a number of drug labs fell into their hands, and the UN Office on Drugs and Crime subsequently identified IS as traffickers. But the rumours of drug-fuelled militias proved hard to substantiate. They dismissed the stories of zombie killers on the battlefield as lurid fabrications of the Syrian state media designed to discredit their motives.

But other eyewitnesses maintained that Captagon was widely available to jihadi fighters, connived at because it kept them awake during shifts and night operations. The unreliable narratives that always build up around illicit drugs are compounded by the fog of war. Exaggeration, doubletalk and disinformation bend reality into mythic shapes.

The image of the Captagon-crazed jihadi is reminiscent of the Assassins, whose story was imported to Europe by Marco Polo: they were said to have been brainwashed with a dose of hashish and persuaded by their fanatical leader that suicide missions would be rewarded with an eternity in paradise. The appeal of the myth is obvious: if the drugs made them do it, their motives require no further investigation.

Their ideology is their Captagon! State authorities tend to cloak drug use in secrecy, for tactical advantage and because it frequently conflicts with civilian norms and laws. When drugs are illegal, as they often are in modern irregular warfare, trafficking or consumption is routinely denied. The negative consequences of drug use are covered up or explained away as the result of injury or trauma, and longer-term sequels are buried within the complex of post-traumatic disorders.

Different perceptions of their role circulate even among participants fighting side by side. A historical sweep from the Battle of Hastings to Waterloo or ancient Greece to Vietnam suggests that war has rarely been fought sober.

This is unsurprising in view of the many different functions alcohol performs. It has always been an indispensable battlefield medicine and is still pressed into service today as antiseptic, analgesic, anaesthetic and post-trauma stimulant. It has a central role in boosting morale and small-group bonding; it can facilitate the private management of stress and injury; and it makes sleep possible where noise, discomfort or stress would otherwise prevent it.

After the fighting is done, it becomes an aid to relaxation and recovery. With alcohol, soldiers can tolerate higher levels of pain and hardship, conquer fear and perform acts of selfless daring they would never attempt without it. It promotes disinhibition, loosens cultural taboos and makes troops more easily capable of acts that in civilian life would be deemed criminal or insane. Morphine was widely used for the first time in the American Civil War and the 19th-century cocaine boom began with research into its military application.

Freud was first alerted to it by the work of the army surgeon Theodor Aschenbrandt, who in secretly added it to the drinking water of Bavarian recruits and found that it made them better able to endure hunger, strain and fatigue. During the First World War cocaine produced in Java by the neutral Dutch was exported in large quantities to both sides. During the s a new class of stimulants emerged from the laboratory, cheap to produce, longer-acting and allegedly less addictive.

Amphetamine was first brought to market in the US by Smith, Kline and French in in the form of a bronchial inhaler, Benzedrine, but its stimulant properties were soon recognised and it was made available in tablet form as a remedy for narcolepsy and a tonic against depression.

As with cocaine, one of its first applications was as a performance booster in sport. Its use by American athletes during the Munich Olympic Games in brought it to the attention of the German Reich and by the end of the following year the Temmler pharmaceutical factory in Berlin had synthesised a more powerful variant, methamphetamine, and trademarked it under the name Pervitin. As Norman Ohler relates in Blitzed , research into its military applications began almost immediately; it was used in combat for the first time in the early stages of the Second World War.

Pervitin, like Captagon, initially established itself in civilian society through its versatility: it found a range of applications spanning medicine, work and pleasure. It was distributed free to doctors and prescribed for depression, as a weight-loss drug and to boost energy, as amphetamines were in Britain and the US.

It became the ally of shift-workers, students, writers and anyone struggling to keep pace with modern life. For a while Pervitin-laced chocolates were marketed to housewives. In some quarters it was considered a patriotic necessity. In Otto Ranke, director of the Research Institute of Defence Physiology attached to the Academy of Military Medicine in Berlin, ran a series of tests on student recruits comparing the effects of Pervitin, caffeine and a placebo in combating exhaustion. Pervitin was easily the most effective, though its subjects made rather more errors in cognitive tests.

Ranke began taking it himself, two tablets per long working day, and found that with its help he could stay awake for 48 hours at a stretch. When he suffered from sleeplessness and depression, rather than blaming Pervitin he took another dose. It took doctors a while to recognise that a mild stimulant that was benign when used moderately and occasionally could, at higher and repeated doses, produce delusional thinking, suicidal depression and physical collapse within days.

Despite the new civilian controls, the use of Pervitin became official military policy for the invasion of France in Between April and July, 35 million pills were ordered from the Temmler factory, which could now press them at the rate of , a day. On the night of 10 May the Panzer Group von Kleist, led by tanks the largest motorised unit ever assembled , was supplied with twenty thousand Pervitin pills.

The Changing Nature of Contemporary Warfare

This was extremely risky: if it failed it would leave them at the mercy of the enemy. Success, on the other hand, would offset their numerical disadvantage by neutralising the Allied force that was massing to the north. The tactic required the Wehrmacht forces to move with unprecedented speed. They burst through the Belgian lines in a bold frontal attack and kept moving at full throttle, leaving their opponents scattered and unable to regroup.


High Command expected the Panzer divisions to slow down and be absorbed into the wider advance party, but Guderian ignored orders to stop and kept them going at full pelt. Three days later, tanks crossed the Meuse into France. The contemporary resonances are obvious but he spells them out anyway, as his English title suggests he will. Neurochemical storms burst across synapses, tank gears mesh, jaws clench, radios chatter, hearts pump furiously and skin flushes hot and cold.

The Superdrug Fueling ISIS And The Nazis

War becomes a drug experience. By invoking the chaotic and shocking extremes of modern drug use Ohler distorts the picture considerably. At times Ohler seems to make this claim explicitly. No stopping, and, above all, no sleeping. Even when Guderian urged his divisions to override all previous orders and keep moving at full speed, he only extended the limit to a maximum of three nights.

After that their impetus was maintained not by continual drugtaking but because slowing down would have increased the risk of getting stuck in the mud behind infantry battalions and horse-drawn vehicles or being picked off by Allied airstrikes. You kept going for 17 days.

The invasion of France was the first officially controlled use of a chemical stimulant in warfare, and it achieved everything the traditional rum ration ever had and more besides. As hostilities loomed, soldiers on both sides dreaded a return to the attritional horrors of the Great War; the irresistible velocity of Blitzkrieg banished the fear of combat and replaced it with a sense of invincibility. Some observers guessed straightaway that stimulants had played a significant role. This volume spans the history of combat from the use of opium, coca, and mushrooms in pre-modern warfare to the efforts of modern militaries, during the Cold War in particular, to design psychochemical offensive weapons that can be used to incapacitate rather than to kill the enemy.

From providing "Dutch courage" to soldiers, to actually serving as a casus belli , drugs have shaped the very nature of war itself. Shooting Up highlights the pervasiveness of drug use in war, giving us an entirely new perspective on this important dimension of the human, operational and diplomatic history of combat.

Shooting Up is a most interesting read that makes an excellent contribution to the literature. Above all, this is a book for citizens. This book shows how warfighters since ancient times have used narcotics to prepare for, endure, and live with fear and violence. A stunning new look at the way wars are fought. 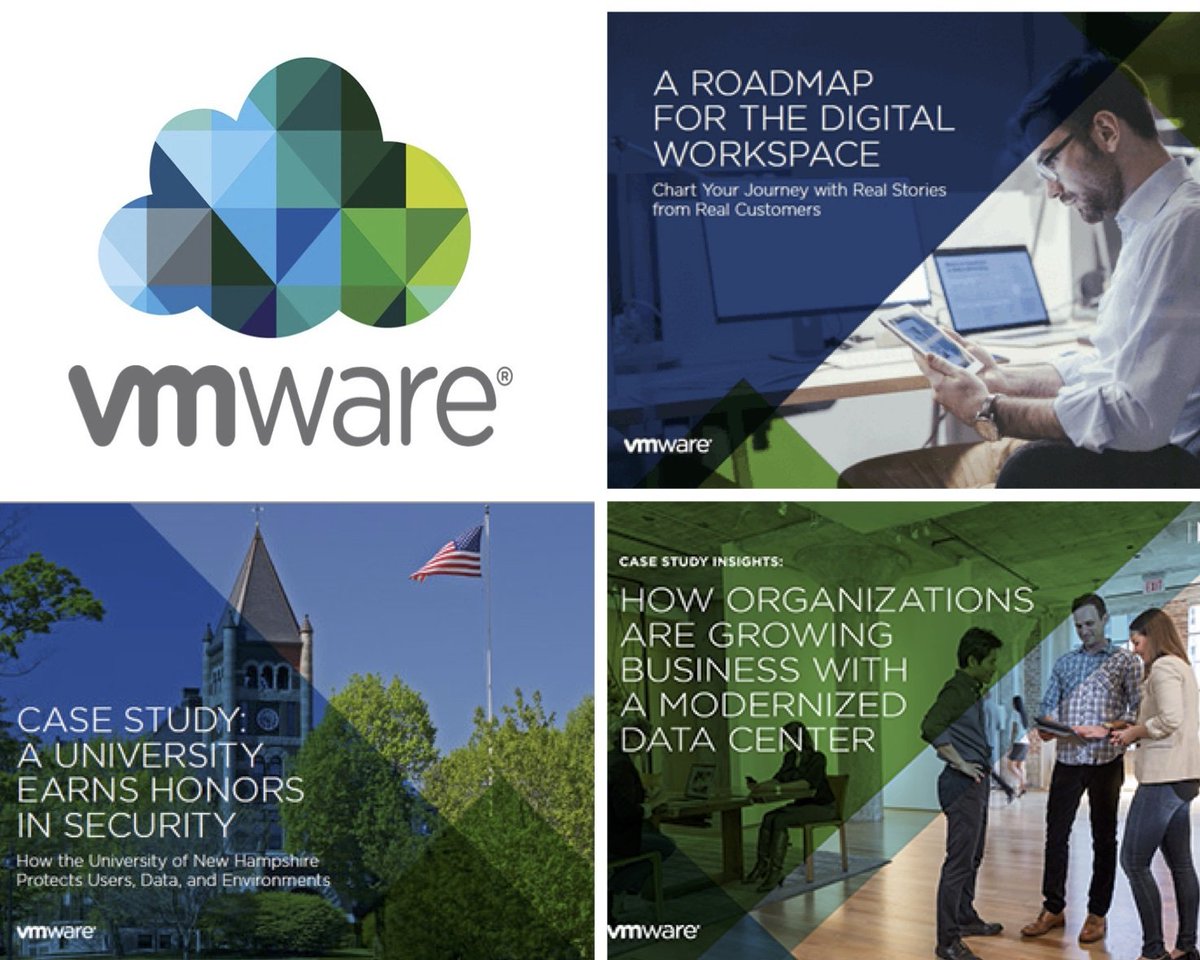 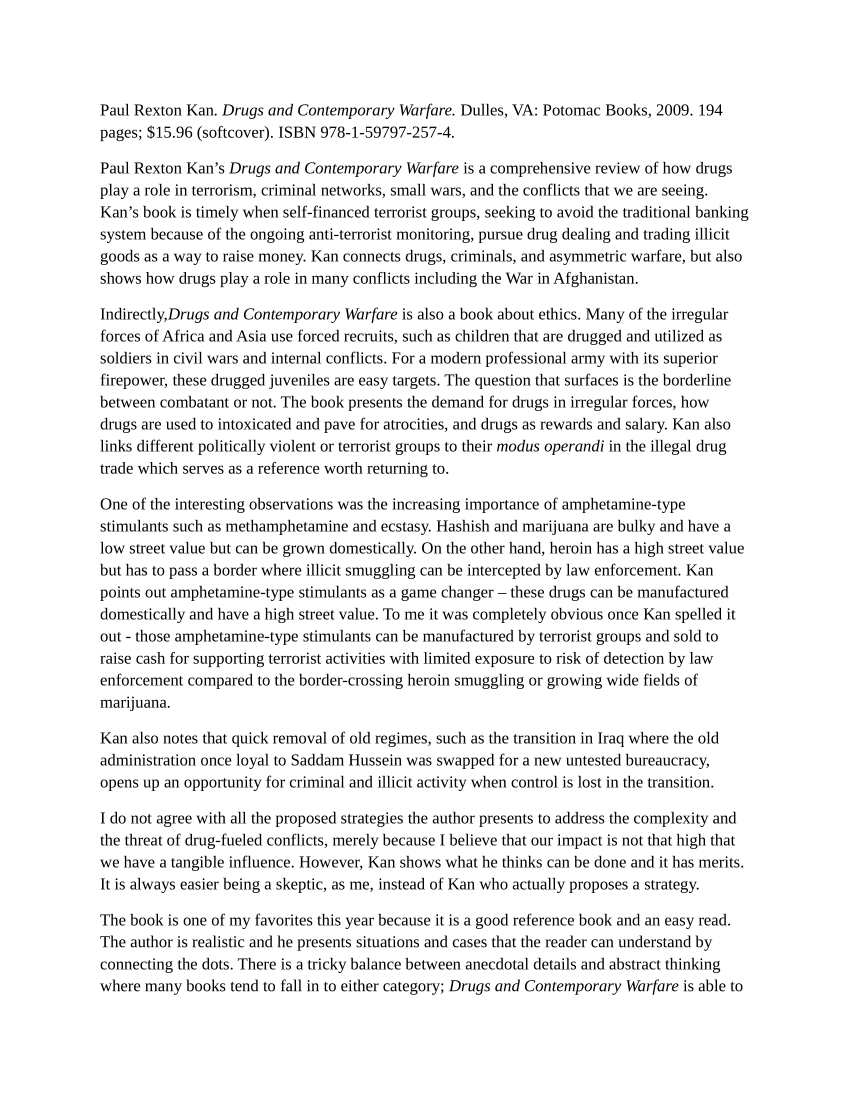 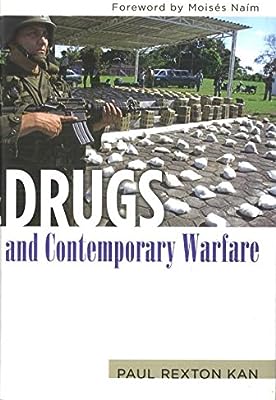 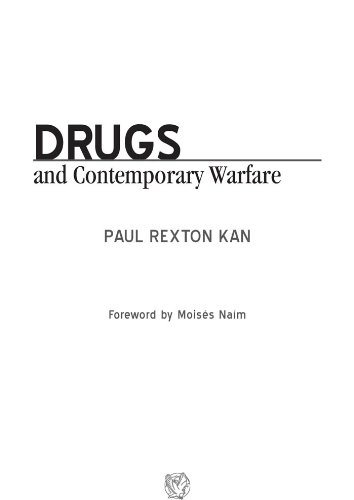